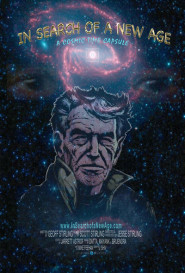 In Search of a New Age

“Discover and enjoy. Have a divine life this time around. And help bring in a New Age.” – Geoffrey W. Stirling

In 1975, Canadian Broadcasting legend Geoff Stirling – my grandfather – travelled the world in pursuit of timeless spiritual wisdom. His journeys eventually took him to the High Himalayas, Kullu, India -the Valley of the Gods, where he studied for months under Guru Swami Shyam.

My dad Scott Stirling was in Kullu too, living at an ashram, and shot hours of footage on Super 8, while Geoff synthesized his experience in a book titled: “In Search of a New Age.”

My name is Jesse Stirling. You’ll see me in the film as a little 4 year old, running around and enjoying himself. And here I am, back in the Valley of the Gods four decades later, combining the words of my grandfather with images captured by my father; creating a kind of cosmic time-capsule of a place and a space.

IN SEARCH OF A NEW AGE

Exit Music
"All Around The World" By Brijendra

This film is dedicated to Satish,
who connected me to the source,
and Swami Shyam, who is the source.